It's hard to believe I know, but around 8 weeks ago we were enjoying a high pressure system across the country resulting in cloudless skies everywhere. As good parents(!), on Sundays we try to encourage our two teenage children to join us in the countryside or at the coast for a spot of fresh air and exercise by going for a few miles walk (OK, they come kicking and screaming but you knew that right?). 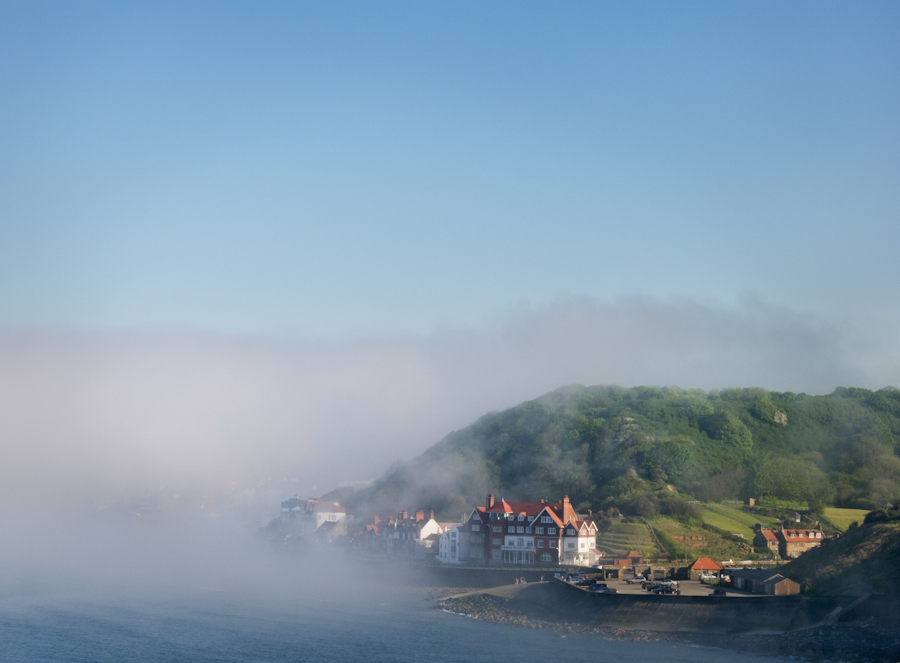 This particular Sunday we headed for the coast as I have my eye on a piece of woodland near Sandsend (OK, it was a recce but I don't mention that to wife or kids!). Unbeknown to me once we arrived there we found it was a private wood only open from the 1st May. Today it was the 29th of April - sod it.

Therefore, I suggested we go for a few miles walk along the coast to coast route in the direction of Runswick Bay. This particular Sunday was one of those aforementioned high pressure days where there wasn't a cloud in the sky. However, a quite bizarre phenomenon was happening in that a bank of sea-fret was covering the sea but only coming in as far as the beach. Even more bizarrely was once we had climbed the coastal route to the top of the cliffs we were looking down on this blanket of cloud. An inversion if you like.

This made for spectacular scenery all along the footpath. It became even more interesting on our return journey because as the sun was starting to set the light towards the mist met in the middle of Sandsend creating this moody effect of it disappearing into the mist.

I normally take my Panasonic Lumix G1 on these walks but as it is now very much bedraggled due to it's fight with boulders (see a couple of blogs back), I asked my wife if I could borrow her Lumix LX5. After setting it to Raw I took today's image handheld trying to keep myself steady in a crouched position.

I was expecting to have to do some slight cropping to due to rotation but to my delight I'd kept it perfectly straight and thus preserved the 10mp file.

I'm so delighted with this image, It is now mounted and framed in my Staircase Gallery at Joe Cornish Galleries.