Recently, I decided to take a run to the coast to do some close-up work. A genre that I am finding more and more pleasurable.

Initially, I stopped at Staithes in order to wander around underneath Boulby Cliffs as the tide was out. Unfortunately, the only image that inspired me to get the camera out was being hounded by my shadow due to the sun being directly behind me. No matter what I did, this particular image just had to wait for another day. 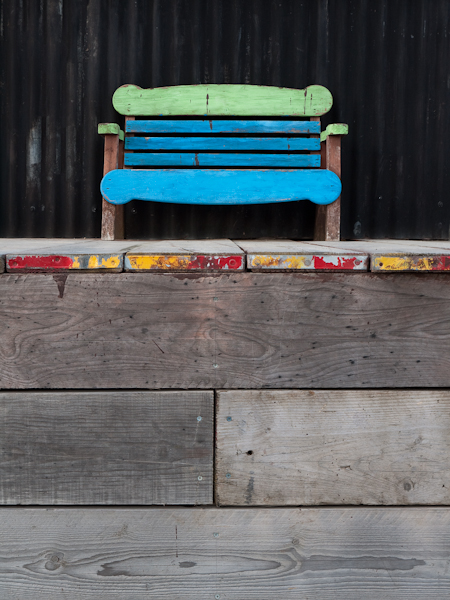 I remembered around six or seven years earlier visiting Port Mulgrave, just up the road from Staithes. It had been an early morning shoot that day I recalled and though the light was particularly good I just couldn't find a suitable image to do it justice. I remember returning from my journey rather despondent that day not having made a successful image. This was a time when I thought I always had to come back with a card full of images (Pre - Large Format days of course)! Nowadays, I'm lucky to make twelve images a year such is my stubbornness for technical accuracy (which even I find infuriating sometimes).

On that visit I had only wandered along the tops of the cliffs, but I decided this time to take a look down on the sands. I remembered watching a TV programme not so long ago (of which the name escapes me), about there being an old port which was used for ironstone mining. This intrigued me as you cannot see any of this from the top of the cliffs. Therefore, I descended the steep path down to the beach.

I was utterly thrilled with what I found and instantly knew I'd be here for hours. Although the port has pretty much disappeared, it has been replaced with small tin fishing huts not too unlike those found at Paddy's Hole in Redcar. Everywhere I turned I was getting inspiration by the bucket-load and it wasn't long before I had my camera out setting up a small cameo.

Today's image was one I had my eye on all day from a distance, but I was trying to work the area in sections in order not to miss anything. What drew me to it were the colours of the chair initially. But on closer inspection I noticed the yellow and red painted edges of the planks of wood. I then also chose to use the foreground railway sleepers which made up the veranda to this particular fishing hut. I just loved the symmetry of the whole image. The owner obviously loved having his kids around too as this child's seat was one of many pieces of children's furniture around the veranda.

It was important that the image was painstakingly set up so that all lines were as horizontal and vertical as an old building and furniture can be. The whole process and set-up took around half an hour but the more I was concentrating on this the more I noticed a paradox in the image. Here was a child's seat overlooking the harbour, yet as can be seen, there is a large drop in front of the veranda of which there isn't any rail or fencing! These Yorkshire fishing folk are tough cookies.

As usual this image and more can be seen in the Innerscapes area of this website.